whilst carrying out work for a neighbouring farmer we noticed a substantial ruin on the adjacent land, this ruin looked like it would be a great structure to survey and produce a 3D digital model and also a 3D printed physical model, we asked our client to introduce us to the adjacent land owner, we then approached the land owner to ask for approval to take off and land within his land to allow us to survey the ruin, the land owner was more than happy for us to carry out the aerial survey, we explained that we drop a 3D printed off to them in due course.

We surveyed the ruin with our RTK drone and ground control points, we flew a slow flight with a 60deg angle to the sensor on the drone, on a distance shoot. Once processed, the results were amazing, we were able to make out many features in and around the stone ruin that we could not see from the outside of the ruin, signs were present stating the building was unsafe and all entrances were blocked off. From our model we could easily identify 3 spiral staircases, window & door openings, fireplace recesses and the gable end crows steps.

The land owner was happy to take the model as this would be a record of the ruin at the time of the survey, just in the event that the ruin sustained any further storm damage in the years ahead. 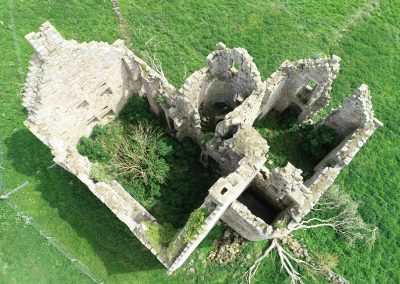 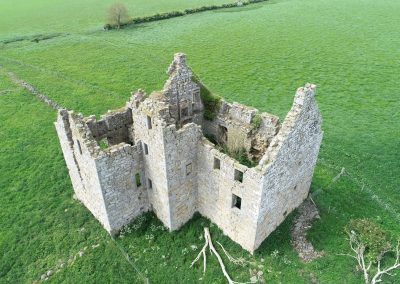 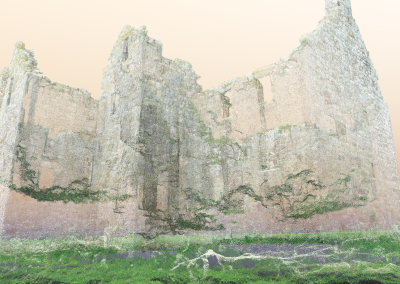 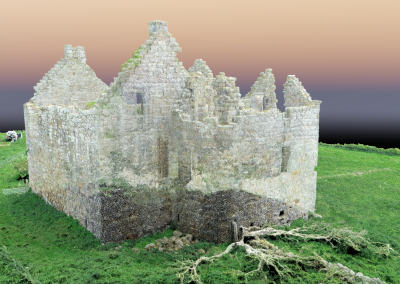