Above/below is an existing small whinn stone quarry that one of our clients had purchased to remove some of the stone to use within their construction business, then possibly apply for planning permission for a dwelling house on the site of the quarry.

We were asked if we could calculate various volumes, starting from the front of the quarry a datum was set to calculate all of the volumes, as the existing quarry was tiered, we were asked to provide 4 volume calculation based on cutting the rock back flush with each tier, the volumes that they would have to extract would then give the client and idea of the footprint for a new dwelling to nestle in to newly formed extended site.

Once the client decided which tier they would extract the back to, we were then able to produce a physical 3D printed model, this model was used the consider the position of the proposed new dwelling and to indicate shadowing, allowing an insight in to how much sunlight would reach the dwelling at various times of the year.

Topography mapping was used by the clients engineers and our point cloud was sent to a visualisation designer to provide the client with some dwelling house type options and 3D visualisations of the dwelling within the quarry. 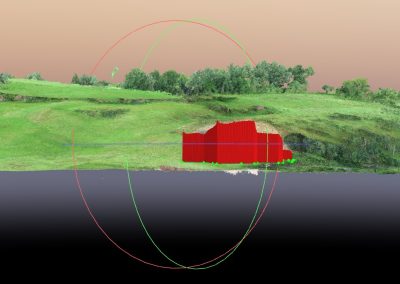 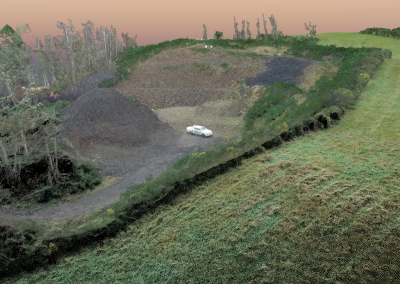 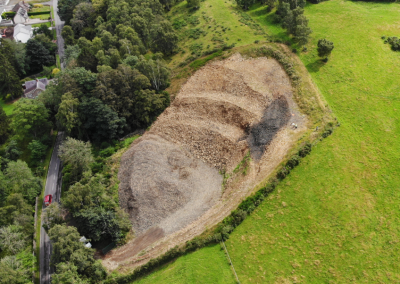 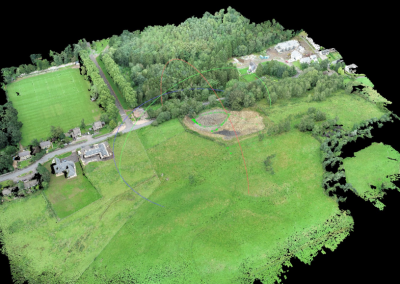