As part of a farming diversification project, our client who already owns and runs a small fishery on their land contacted us to take a look at surrounding the fishing pond with some holiday cabins, due to several concerns that the client had, we were asked if we could take a look at the existing levels and see what remodelling of the land would be required, our clients had initially thought of just locating 6 -8 cabins at key location around the fishing pond, they also mentioned that they would be considering expanding if the first phase was successful by adding another phase of cabins.

It was agreed that we would carry out an aerial survey to produce a point cloud, then from the point cloud we could locate the positions of the proposed cabins, knowing the locations then allowed us the calculate the cut and fill around their locations on the hillside, this then allowed us to indicate the new access road that would service the cabins through the uneven terrain of the fields back to the proposed new site entrance. With the positions of the cabins confirmed by the client and the route of the access road, we were able to calculate the cut and fill, sections of the land hard rock crops showing above ground level, after excavating some test holes over th cabin location and the access road route, we were able to confirm that the underlying rock practically ran the length of the access road. Using the rock to their advantage, allowed the client to put together a more accurate budget cost based on the cut and fill calculations that we provided.

With one aerial survey we were able to provide the clients valuable data to allow them to have a clearer view on the works required with the groundworks stage, the groundworks stage is a vital stage that has to be assessed accurately because of its unknown nature and could lead to huge chunks of the over all budget being spent unnecessarily due to lack of initial site investigation works.

The engineers that were appointed by the client also assessed the site for drainage, from the topography mapping that we provided they produced a site drainage layout for both the rainwater run off and the foul treatment plant and associated drainage lines to and from the treatment plan 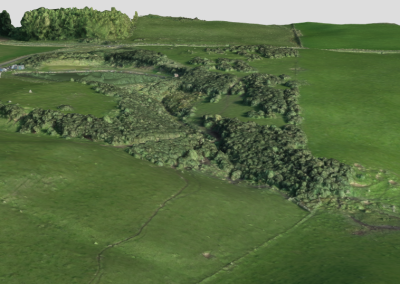 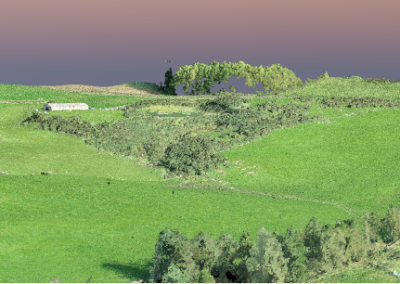 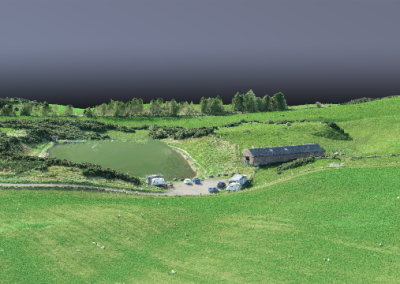 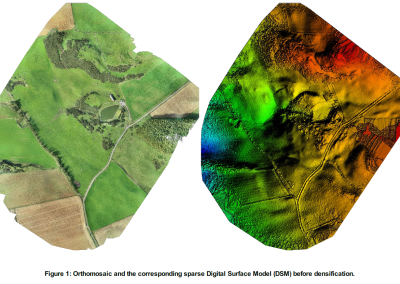 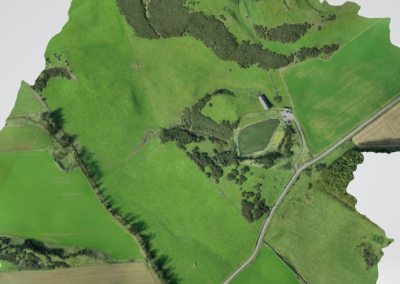 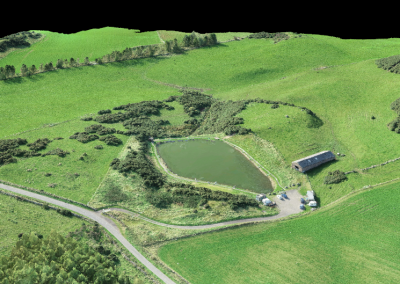 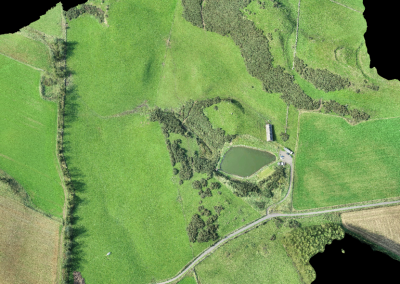 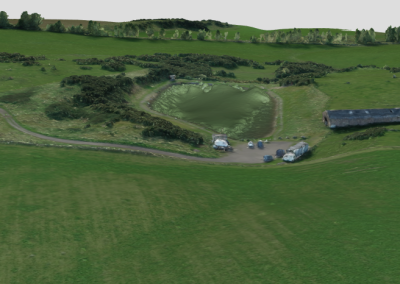