We have been approached on several occasions to provide GIS data for forestry, due to the scale of some of the plantations an aerial survey would be more efficient, rather than walking the plantations using handheld GPS devices. The concern the forestry contractors had was that their GPS devices were only accurate to around 3-5mts, and it was very time consuming making records for their landowner clients.

From our aerial survey the top down, plan view of the scaled Orthomosaic image allowed the forestry workers to view the density of the trees, any fallen trees and volumes of their woodland, the scaled Orthomosaic image allowed the team to identify areas that require attention, measure the areas and plan how they would be able access these areas from the fire break roads, including making temporally access tracks to reach the affected areas.

From the scaled Orthomosaic image they were able to zoom in to the affected areas within the plantation and still have a high level of resolution from the image. For the team, this is accurate data than they can use to help them with their management plans that they propose to their clients who own the woodlands 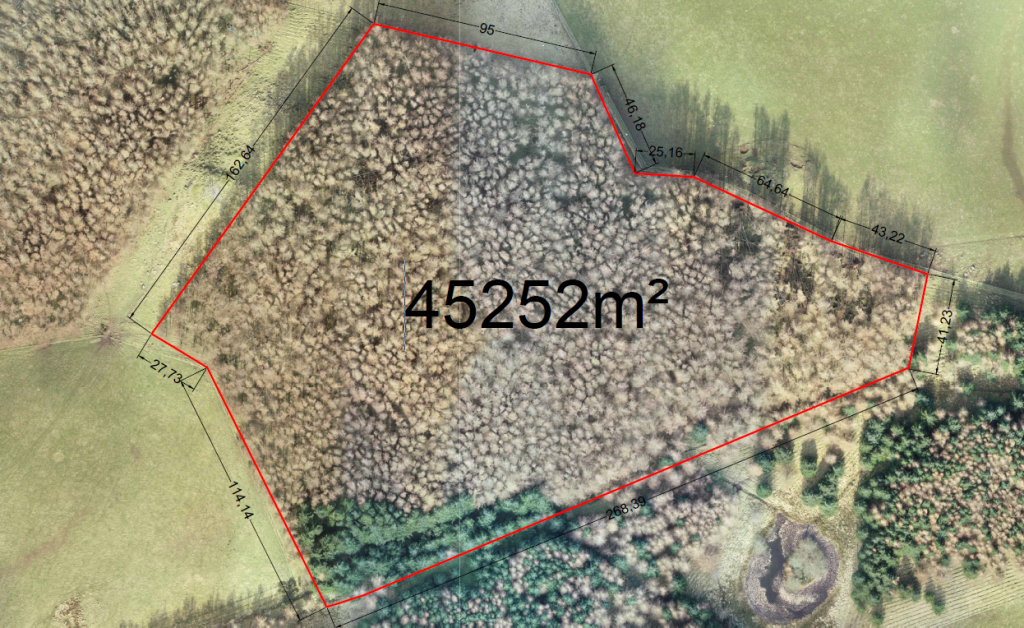