A new flood defence scheme along the river front at Broughty Ferry was under way when we received a call from one of our clients Kilmac, we were asked if we could provide an aerial survey and point cloud for the first two phases of the flood prevention works. There had been two walked surveys carried out at set intervals, but a reduction in the grid spacings was requested due to the ever changing nature of the roads and pavements.

Our point cloud was supplied to our client for them to run through their software and compare with the previous surveys, this allowed the identify the varying levels along the riverside streets and allowing them to provide a more accurate material take off. Due to the number of existing property entrances, our data allowed the client take these into consideration when setting proposed levels throughout the project.

Where the existing pavements met with the properties along the project route, we were asked if we could film, photo and log any existing damages, for this we used hand held cameras on gimbal stabilisers and a DSLR camera, we logged each property frontage with the street name that the property sat on and a list of the noticeable damage recorded, this was then forwarded on to our clients to keep on record.

Aerial footage was asked for, this showed before, during and after, we have returned to the site on set dates to monitor and video log the process for the clients, form this we edited some of the footage for the clients to view and use for marketing purposes.

We returned to video log the third phase to video log the condition of the roads and pavements prior to any works being started. Then we filmed and photo’d the new feature paving that had been along the coastal path route. Again these were edited and some short videos were provided to the client. 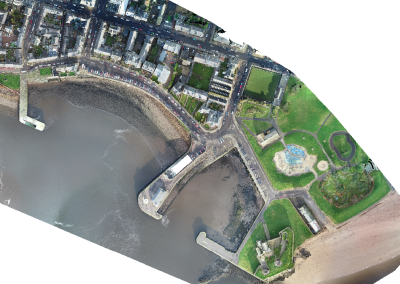 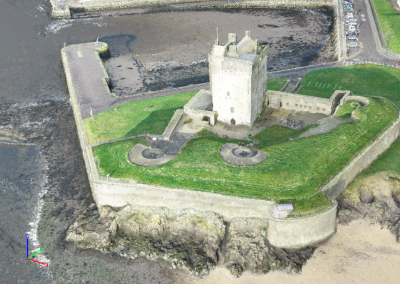 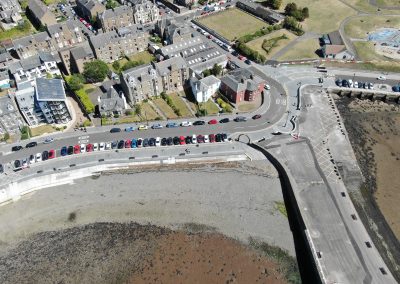 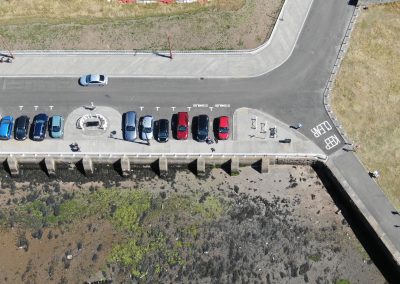 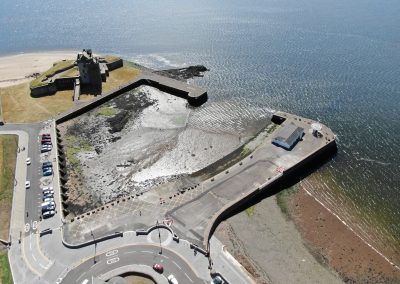 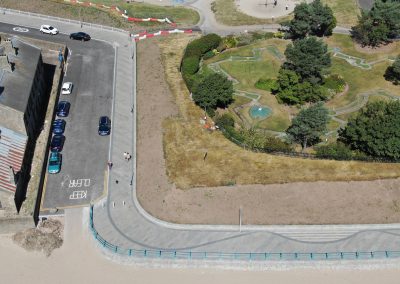 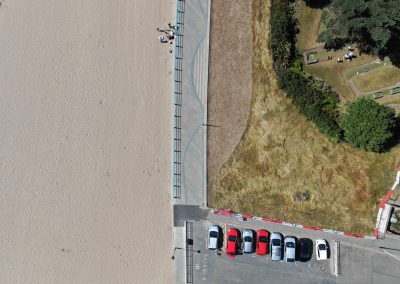 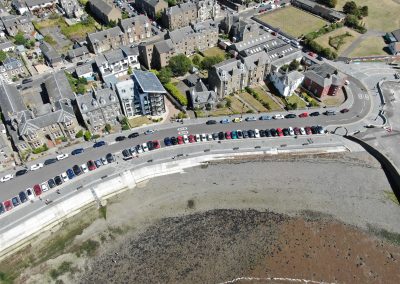