Our client contacted us regarding a housing development project that they were taking over from another groundworks contractor.

They had been provided with a survey that was produced for the old contractor but since some work had already been commenced, such as the creation of the SUDS pond, it was deemed outdated and we were asked to provide a new topographic map of the site.

During the initial planning of the project we determined that the site was covered in thick vegetation that an aerial survey alone would not provide results that conformed to our expectations, because of this we decided that we would undertake an aerial operation in combination with carrying out a traditional ground survey.

After the aerial survey had completed we began collecting ground points in areas of thick vegetation. When processing the aerial imagery in our photogrammetry software we were able to combine both our collected ground points as well as our ground control points to create a single, highly accurate, survey.

One of the benefits of this method is that we were able to provide a detailed 3D model and point cloud of the site that conventional methods could not provide. 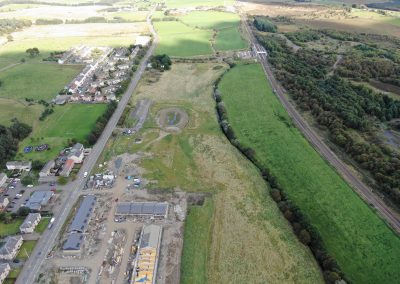 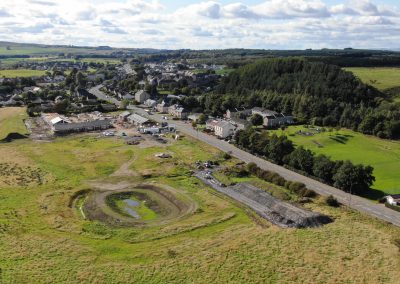 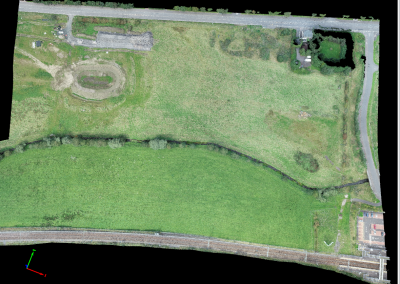 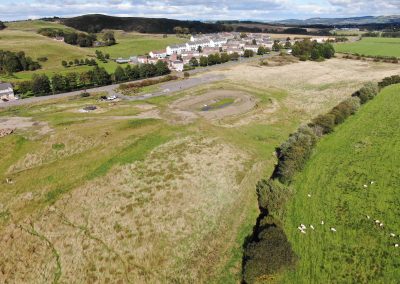